Robert Bly: Acceptance of the National Book Award for Poetry (1969) 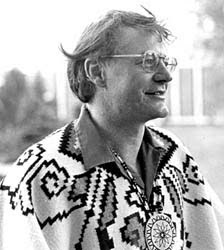 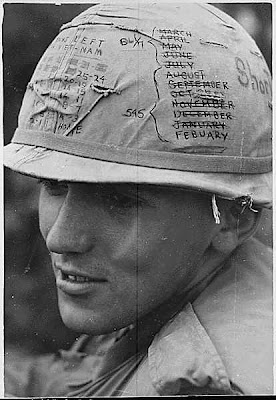 "Acceptance of the National Book Award for Poetry (1969)"

I am uneasy at a ceremony emphasizing our current high state of culture. Cultural prizes, traditionally, put writers to sleep, and even the public. But we don't want to be asleep any more. Something has happened to me lately: every time I have glanced at a bookcase in the last few weeks, the books on killing of the Indians leap out into my hand. Reading a speech of Andrew Jackson's on the Indian question the other day--his Second Annual Message--I realized that he was the General Westmoreland of 1830. His speech was like an Administration speech today. It was another speech recommending murder of a race as a prudent policy, requiring stamina. Perhaps this coincidence should not have surprised me, but it did. It turns out we can put down a revolution as well as the Russians in Budapest; we can destroy a town as well as the Germans did Lidice--all with our famous unconcern.

As Americans, we have always wanted the life of feeling without the life of suffering. We long for pure light, constant victory. We have always wanted to avoid suffering, and therefore we are unable to live in the present. But our hopes for a life of pure light are breaking up. So many of the books nominated this year--Mr. Kozol's on education in the slums, Mr. Styron’s, Mr. Mumford's, Mr. Rexroth’s, Miss Levertov's, Mr. Merwin's--tell us that from now on we will have to live with grief and defeat.

We have some things to be proud of. No one needs to be ashamed of the acts of civil disobedience committed in the tradition of Thoreau. What Dr. Coffin did was magnificent; the fact that Yale University did not do it is what is sad. What Mr. Berrigan did was noble; the fact that the Catholic church did not do it is what is sad. What Mitchell Goodman did here last year was needed and in good taste. The sad thing is that the National Book Committee, in trying to honor those who told the truth last year, should have invited as a speaker Vice-President Humphrey, famous for his lies. Isn't the next step, now that individual people have committed acts of disobedience, for the institutions to take similar acts? What have our universities done to end the war? Nothing. They actually help the war by their defense research. What has the book industry done to end the war? Nothing. What has my own publisher, Harper and Row, done to help end the war? Nothing. In an age of gross and savage crimes by legal governments, the institutions will have to learn responsibility, learn to take their part in preserving the nation, and take their risk by committing acts of disobedience. The book companies can find ways to act like Thoreau, whom they publish. Where were the publishing houses when Dr. Spock and Mr. Goodman and Mr. Raskin--all three writers--were indicted? What the publishing houses do is up to them. It's clear they can have an editorial policy: they can refuse to pay taxes.

These concerns are not unconnected to such a ceremony as this. For if the country is dishonored, where will it draw its honor from to give to its writers? I respect the National Book Awards, and I respect the judges, and I thank them for their generosity. At the same time, I know I am speaking for many, many American poets when I ask this question: since we are murdering a culture in Vietnam at least as fine as our own, have we the right to congratulate ourselves on our cultural magnificence? Isn’t that out of place?

You have given me an award for a book that has many poems in it against the war. I thank you for the award. As for the thousand-dollar check, I am turning it over to the draft-resistance movement, specifically to the organization called the Resistance. [Whereupon Mr. Bly handed the check to Mr. Mike Kempton, who was representing the Resistance.] I hereby counsel you as a young man not to enter the United States Army, now under any circumstances, and I ask you to use this money I am giving you to find and to counsel other young men, urging them to defy the draft authorities--and not to destroy their spiritual lives by participating in this war.