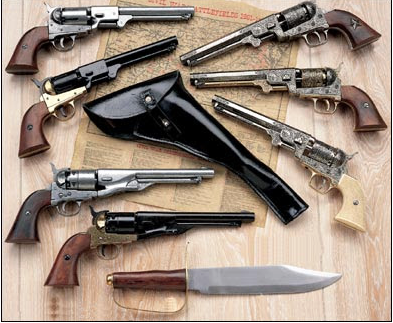 1(sound cue) banjo & harmonica.
2(medium close up) Johnny Eagle staring at Bronson:
--So what the hell is burrowed up your backside so early?
3(reverse close-up) Cash Bronson:
--Aww, we’re just looking for strays & troublemakers. I was told
that you were out here somewhere, so it’s a piece of luck finding
you like this. I think you & I have some things to discuss, Johnny.
4(three-shot) angle on Buck: Anyone want some coffee; tastes like
sawdust, but it’s hot.--tossing the inquiry like a rock.
5(medium close-up) Bronson turned in the saddle, his dark eyes
narrowing: So, you would be the mysterious buffalo hunter who has
stirred up so much shit for me in town?
6(sound cue) slide guitar riff.
7(cut to overhead crane shot) the five riders facing the two men.
8(sound cue) Guitar strumming & snare drum baps.
9(two-shot) angle over Bronson’s shoulder, Buck smirking:
--Yeah, that would probably be me
10(medium close-up) Bronson, tight-lipped, nodding his head:
--OK, well I’m Cash Bronson, and one of these days we need to
palaver over your mistaken notion that you actually can rebuild
this ramshackle ranch of yours.
11(close-up) Buck, tight-jawed:  Sure, why not? I’d be pleased to
jaw a bit with the one-eyed jack in these parts.
12(two-shot) Thor sat up tall, stretched & drawled: Not today,
hombres. Fuck your coffee & fuck you. So tell them what we want,
big brother.
13(hold the shot) angle over Thor’s shoulder, Bronson, his tone
approaching a growl--Just sit on that itch, boy; then returning his
gaze to the two men afoot in front of him--My brother makes a valid
point though. It is possible that this is not a friendly visit.
14(medium close-up) the Eagle: Would you call it an unfriendly one?
as he rolled his throwing knife in his big hands, an old Colt prominent
on his hip.
15(sound cue) Indian seed rattle & branch flute trills.
16(two-shot) angle over Johnny’s shoulder, Bronson:
--It could be--it could be; kind of depends on you fellows.
17(cut to close-up) Buck: Is that a fact, how so?
18(two-shot) angle on Bronson--I don’t know where to
begin with you, big man--so let’s talk to Johnny first.
19(medium close-up) the Eagle: So, let’s get to it.
20(three shot) angle on Bronson: Come to find out
you had a big misunderstanding recently with my
auction manager over some wages?
21(close-up) Johnny: You know that pinche gordo had
it coming--that baboso doesn’t bring you any honor.
22(sound cue) saxophone & guitar.
23(medium close up) Bronson: So you gave it to him?
24(close-up) Johnny: Hell, no--Sheriff Hop showed up
& stopped the dance.
25(two-shot) angle on Bronson: You know, that’s not
the way I heard it.
26(medium close-up) cut to Buck: That’s the way it was.
27(cut to medium wide shot) over the stiff backs of the five
riders, with Buck & Johnny facing them.
28(series of jump-cut close-ups) Bronson, the Eagle, Thor,
Buck, & the three cowhands.
29(sound cue) harmonica, saddles creaking, horses shifting
hooves, & a dog growling.
30(close-up) bacon burning & smoking in a frying pan.
31(medium wide shot) Buck casually bent down, keeping Thor
in his periphery, then lifted up the blackened pan out of the low
orange flames, & sat it on a flat rock.
32(reverse the shot) Buck & Johnny with backs to the camera;
--Bronson: Sorry about your vittles--straightening up in the saddle,
& folding his arms. Truth be told, Graff is a minor problem, & I
choose to let you slide--because when it comes to horse busting,
I like your style; but get this clear, if you want wages from me, You
will have to find a way to get along with Graff.
33(sound cue) guitar strumming.
34(two-shot) angle on Johnny, his features stoic, not responding.
--Bronson: That brings us to a more serious problem--that we need
to deal with today; right now.
35( medium close-up) Buck: And what might that be?
--Bronson: I think that you boys need to know that you’re on my land.
36(sound cue) castanets & coronet.

Oh this is a tension... love it... I have been waiting so long for this installment... you have been absent from two OLN... and you leave us at another cliff-hanger.. please don't let it be another 6 weeks this time.

I love the intensity of the rushing events in this piece :D

I dropped in and saw you had linked up so I had to come over to read. You know I always enjoy these scenes. The musical instrument are strategically placed. I try to picture it all in my head and listen for the music. Nice to read you again.

Just like a TV series...keeping us hanging on until the next installment! Fun, Glenn.

I love the part where you dropped some Spanish. Took me back to the first half of my life in Texas.

Glad to be reading you again. I have this overwhelming desire now to make bacon and put on my favourite John Wayne movie. So no BS like your Bronson is

"That's the way it was".... Great writing! Obviously you have many scripts in that desk of yours - my son writes as well :)

Down here in the desert, we've discovered a channel that shows a lot of the old Westerns from the 50's and 60's. David is recording them, and we watch them when there is nothing else that interests. Your dialogue is a bit spicier and a lot more real then most.

"Tossing the inquiry like a rock" - one of the best similes I've ever seen.

Heard your recitation after a long time - most of the times I have just read your poem but now that I hear you read it - I find it so much more enjoyable. I wonder how you combine such interesting visuals and make it a poetry.

Very very inspiring - this contrast, your recitation all of it.

I am having a terrible weekend - took longer to visit you than I expected. Hope you are well.

SonG of country western..
when men are men..
and a look means a look..
boundaries obvious in
non-verbal
language..
now the guns
are bent down
in small screen
way..
where
trigger
fingers
itch
on keys
smaller
than mice
stealing grain..
on a desert night..:)