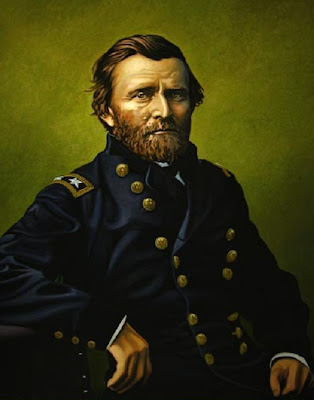 “He makes a July’s day short as December.”
--William Shakespeare

Today is July 23rd, on a day the Lord has made;
the 204th day of the Gregorian calendar,
and who knows what day on the Mayan tablets,
the first time it has landed on a Tuesday
in the last ten years, as summer 2013
has hit like a bellicose blast furnace
clear across this vast continent, coupled
to vicious flash flooding in the deep
arroyos of the Southwest.

How does any Day in History distinguish itself;
well, by the various & specific births, deaths,
& events that have occurred on it, of course.

It is a Leo astrological birth day,
and there were several interesting personalities
that made their debut on/during it--

A couple of baseball players,
Pee Wee Reese in 1918, and
Don Drysdale in 1936, with
the inclusion of one writer,
Raymond Chandler in 1888.

Perhaps it was not a good day to die;
Vic Morrow decapitated in 1982,
Montgomery Clift, with his drug-induced
heart attack in 1960,
Ulysses S. Grant, checking out in 1888,
with a glass of bourbon in one hand
and a stogie in the other, D.W. Griffith
facing the going to black alone in 1948,
Leo McKern growling like Rumple in 2002,
Van Heflin finally finding Shane in 1971,
and Sally Ride astride an exploding
space shuttle.

The diverse events created counterpoints
to each other, composing a mad concerto;
the typographer, an early typewriter
was patented in 1829;
Fox Films bought the rights to record sound
onto film stock from Movietone in 1926;
Henry Ford sold his first automobile in 1903;
the Treblinka extermination camp was opened
in 1942, deepening the Holocaust;
the lucky Gimli Glider, Air Canada Flight 143,
ran out of fuel and made a perfect deadstick
landing in Gimli, Manitoba in 1983;
the 12th Street Riot happened in Cleveland
in 1967, starting off with a violent gun battle
between black militants and the police.
leaving 43 dead, 342 injured, & 1400 buildings burned;
Vanessa Williams, in 1984, became the first
Miss America to resign in the wake of the bad
press over her nude layout in Playboy.

I have braved 69 of these July 23rd events,
and this one has already presented me with
the arrival of Kate & William’s baby prince,
the arrival of “Papa” Pope Francis in Brazil,
hours more of the Zimmerman coverage on CNN,
the continuing story of the search for more dead
women wrapped in plastic in Cleveland,
the answer as to what a “Beatles sandwich” was,
more dribble about the fate of Edward Snowden,
and how Billy Ray Cyrus saved his marriage;

another sterling day in the life,
short-sleeved weather, complete
with a couple more surprises,
and it’s not even noon yet.

Would you like the author to read this poem to you?
Posted by Glenn Buttkus at 8:04 PM

ah smiles yes..they have their baby.. there are def. times when lots of things or more things or more special things seem to happen - that was a nice trip through history glenn

I like the way you tied history into the present-- how glaring the comparison! And a great historical lesson as well! ~peace, Jason

So much happens on any given day. Amazing really when a person stops to consider it...

And now the (still unnamed) little prince and his family have left the hospital! One can add THAT to the happenings of the day.

so much that goes on any given day...births deaths events...the tragic the funny the inconcievable that we even care...and yet it the end it is one more day that i know you...how many more will we get, i dont care, we got today...smiles.

I can't wait to see what happens tomorrow!

This day in history, indeed... time marches on, eh?

Adds a serious perspective to something we take for granted.

An interesting take on looking at a 'day'.>KB

A great way to make a pedigree of a day poetic! Nicely done.

you did your research throughout the pages of history. each and everyday is important. every singe day, after all, eventually becomes a history.
wonderful creation!

Ooooohhh1! you see Ryan so you see see you soo see soooon....