The T-Rex that ate Tucson 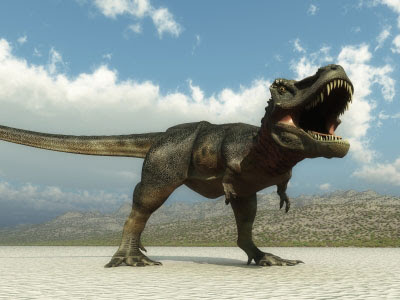 The T-Rex that ate Tucson

“Our knowledge is a receding mirage in an
expanded desert of ignorance.”
---Will Durant

and hell yes, we are,
from coast to coast,
waves of sweltering heat
with triple digit temperatures,

sporting 100% humidity, causing
dripping shirt-soaking sweat
to paste down your hair, rolling
into your stinging eyes, saturating
your skivvies, making you feel like
you peed your pants when you stand up;

finding yourself in a steamy bar in Arizona,
knocking down your third cold one, still
angry at the overheated assholes encountered
on the expressway; rushing

from the A/C in your Acura
to the icy A/C in Izzy’s, swimming
through the scalding air
like a leaping dolphin, safe
in the tavern darkness as you
glance out the window and you see
a god damned gray green T-Rex stomping
through the parking lot, leaping over dusty pick ups,

and the sombitch is still there after
you have closed your eyes, shaken your
wet head, & reopened them again,

so you deduce you are not really drunk yet,
so the 20 foot carnivore is not a beer hallucination,
so maybe those dark thunderclouds boiling
in the sky have cooled the upper stratosphere

and the demon dinosaur was merely
a “Fata Morgana” mirage--just an unusually
clear & elaborate bending of heated light rays
that shape-shifted within the bowels of the blazing
compressed stretched air, alternating between
being erect & inverted,

and probably that’s why no trucks had been flattened,
no terrible hair-raising roaring was heard as this hazy
ditzy Dino was dancing to a Latin beat in your head,
that the hot layers of air were acting as a prism,

yes, yes--you remembered now, there is
a life-size concrete Tyrannosaurus Rex three miles
out of town on Route 66, at a roadside park--

so screw it for now, it’s time to order
a beer-and-a-bump, and turn your fevered gaze
to the blond cowgirl in the sexy tattered
Daisy Duke short-shorts, with no bra,
with her wet blouse tied up under his big breasts,
and her bare mid-riff shining with perspiration,

because she was real,
or at least you hoped to Christ
she was as you staggered studily
toward her shimmering image.

ha. dang..thats some heat to bring the dinos back...lol...sweating through your underwear...those are days you need to invest in frozen vegetables...to pack around your body and then have as a snack once cooked...lol...i think i need a shower from all the sweat...hope your cowgirls not a mirage as well..smiles.

ha smiles... maybe she wasn't as real as the dinosaur... fun play of heat and images here... and i loved that the dino was dancing to a latin beat...ha... i knew dinos have south american blood in their veins...smiles

I was totally convinced it was the beer until you offered that natural explanation, and I still wonder about the cow-girl... maybe the beer had something to do there.. great reading.. plenty of fun.

Great narrative line. I loved the way you unfolded it.>KB

I can see you now.LOL.

It would scare me for sure if I saw a T-Rex, heat or no heat, mirage or not. Another beer definitely would be in order.

Fantastic poem (in every sense, lol). I got completely caught up in it.

Luv it, you delivered my mirage. T Rex and ... and Dino! Wait maybe the beer?? Anyway I'm in the desert with a dino and a beer and a set of_ ___.
gardenlilie

Bless the beer and even cowgirls get the Rex! Great writing!

This poem roared right to life. Damn. I really enjoyed
and the sombitch is still there after
you have closed your eyes, shaken your
wet head, & reopened them again

To think it was all just the heat. Great write. -Mike