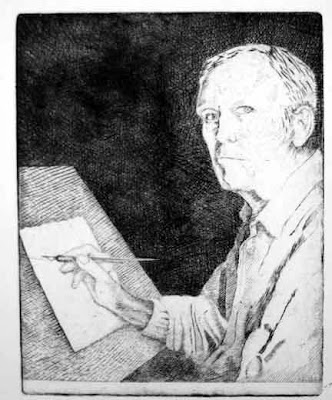 
The formal practice of isolating the man from his work, his work from his life, the personal from the political, the soul from the body for the sake of easier explication is unacceptable to Jack Gilbert. His poetry explains. His poetry is about the reciprocal relationships between experience and language; it shows how these relationships are parallel. Because the creative power of communication is great, it leaves much to be desired. The task he sets for his poetry is to forge figures to communicate his life and loves--to keep alive a "human heart and spirit and life importantly lived."

His imagistic, austere, sometimes elliptical, and reliably narrative poetry illustrates the hunger of a joyful, solitary wanderer; an insatiable lover; a transcendental musician; an eternally haunted spirit; a contemporary romantic. He delights in natural landscapes as readily as domestic scenes, the mythical as well as the actual. He names names of the living and the dead, insisting his personal life should interest you. And he has insisted, throughout the half century of his career, that the poet's job is to make his heart a home. To show the architecture of the "happy imperfect place his heart has made," Gilbert emphasizes affinities in his heart's relationship to God, to women, and to art. So when you enter his poetry, prepare for a heart-to-heart visit with a man who wants his history to be an open book. He welcomes you to his confessional as easily as he shows you to the kitchen, the altar, or the moon. And he puts you to work on home improvement.

Born in Pittsburgh in 1925, he spent his first twenty-three years in the presence of steel forges. His uses his birthplace to represent the poet's workshop, just as he uses his leaving Pittsburgh for refrains upon the spectacular landscapes his particular romance requires: Italy, Denmark, Greece, England, and Japan. Place is important to him: each of his residences contributes to his idealization of home. Characterizing himself as "The only serious romantic I've ever met, a person who woke up happy nearly every day for 35 years after leaving [Pittsburgh]--even though always conscious of mortality," Gilbert writes about the shapeshifting power of perspective. Each place recalls another in the light of his current state of being. His perspectives scale the distances between grand overview and minute detail, and between internal stimulus and external response, distances known postromantically as the earmark of romanticism: the pathetic fallacy.

Though his poetry has enjoyed immense respect, he escapes lionization. Views of Jeopardy was regaled when he returned to the U.S. for a nationwide tour upon its 1962 publication in the Yale Series of Younger Poets. Reviewers compared the success of his readings to those of Dylan Thomas a decade earlier. But then he left the States again and did not publish another collection for twenty years. Monolithos (1982) records his marriage of eight years to the poet Linda Gregg and their divorce. 1982 was the year Michiko Nogami, his second wife, died of cancer. Following her death, he wrote Kochan, a limited edition of elegiac poems. The Great Fires (1995) is his fourth collection. Each of the books develops his relationship with a beloved woman in terms of its shaping influence on his life's work. As external perspectives shift, so does his sense of inspiration.

As a man who was happy to leave it, he remembers Pittsburgh in The Great Fires as the one word he gives a lover's beloved child as he tosses him in the air so that all his life "her son would feel gladness / unaccountable when anyone spoke of the ruined / city of steel in America. Each time almost / remembering something maybe important that got lost." Setting out "to know delight as the native land he is" ("Thinking about Ecstasy"), Gilbert wants to make poems do what they say, with an impact not far from that of catching a flung baby.

Posted over on Hollins Critic
Posted by Glenn Buttkus at 1:10 PM