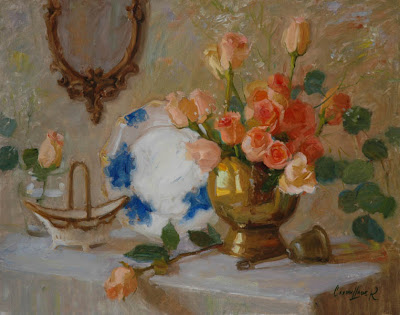 1.
A tall glass spiraled vase holding 18 peach roses
interspersed with ferns, baby's breath, and dried
shoots of unknown origin, sitting on a ceramic
coaster decorated with a Dutch design, tulips
and windmills, midships on our hand polished
oak table that my wife searched out within
the wilds of Amish woodworking sheds on the
prairie in Pennsylvania, orange-yellow petals
undulating ever so slowly as the sun shards
wiggle through the lace curtains and dance
on their happy faces. 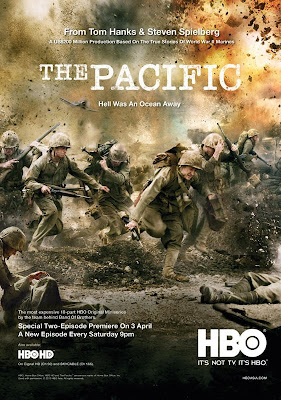 2.
What happens to your visual system when
you segue from an eight-year old RCA
28" television that had served you well
for just electronically shy of a decade,
to the digital wonders of a 37" Sanyo
LCD HD flat screen TV where even the
less developed clarity of a VHS tape takes
on a new life, and while watching the
last two episodes of the HBO Steven
Spielberg/Tom Hanks collaboration
mini-series THE PACIFIC, I could see
ever so wonderfully the leather on
holsters, the blood on blades, the
blues overlapping in the South Pacific,
the wheat dancing in the fields of
America's heartland as the armed
services Messengers drove up to
those farm houses in their dress
blues, handing out perfectly folded
flags to the weeping families,
and the red-white-and blue on
our nation's emblem stood out like
whirling barber poles, blood on the
sun as chicken fried and old men
cried behind the sheds, in barns,
and in the backs of Buicks. 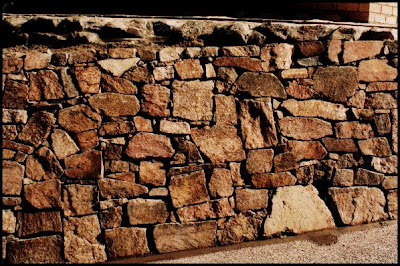 3.
The new landscaping red and tan brick wall, only a
foot tall, each brick looking like three individual
slices of rainbow shale, capped with a matching
flat stone cover, running the 60 feet
across the front of our property, parallel to
the sidewalks of Sumner, on the south side
of the residential street where the sun hangs
out longer, drawing one's eye first to the burst
of color on the natural slate we covered the
front porch with, beautiful but slippery in
this Spring's plethora of showers, and then to
the stunning brick work on the house itself;
punctuated with the blushing presence of
of dozens of swatches of planted perennial flowers
and well trimmed bushes my wife takes such
pride in, with black well-hoed soil puffed up
around them like the flakes on delicious pastry.