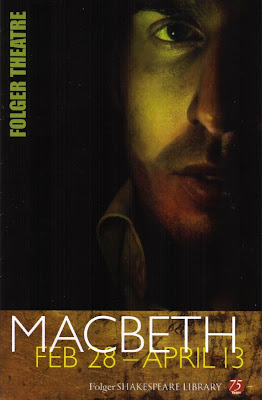 1.
During the winter of my content in
1972, that inexorable joy I always felt
waiting in the red wings of the Glenn
Hughes Playhouse during one of my
performances in MACBETH,
playing the wrathful Macduff,
wearing animal skins like the
characters in Orson Welles 1948 film
version of the play, bare-chested
with a Druid cross painted on it,
blue make-up smeared in a Celtic
war mask around my eyes,
holding a ten pound broadsword
tight across my shoulder,
the yellow leather wrappings on its
hilt pressing warm against my
clenched right fist, biceps buff,
tanned and taunt, black beard short
but matching my shoulder-length
hair, held out of my face with a beaded
deerskin head band, that had long
leather strands running down my back,
with a short golden cape--my only
tribute to Elizabethan tradition; knowing
that in less than a minute I would step
into the glaring performance lights
and challenge Macbeth to a sword
fight to the death. The tall muscular
actor playing Macbeth stood down
center on the edge of the proscenium
delivering his last soliloquy. We had
choreographed a seven-minute battle
royal. Moving through the much-
practiced dance of mock death, the
steel blades rang out like bellicose
bells, shooting out showers of sparks
as they clanged solidly together.
Even though I was predetermined
victor of this struggle, still I had to
earn that moment eight times a week.