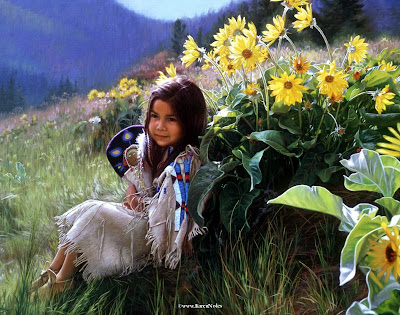 
It is supposed to be spring. It’s trying to be spring. I wake up this morning to freezing temperatures, and it’s almost April in New Mexico. I remember Oklahoma springs in childhood. I felt like a small plant and knew myself as part of the earth. I’d get up before anyone else. I liked smell of the medicine of plants, and felt the snakes, earthworms, horned toads sliding and walking about, including the mole who lived in the yard moving through the earth. In those times, robins came only in the spring. Our backyard was full of poison ivy. We had to be careful, especially our sister. She was highly allergic to it. Mostly it didn’t bother me. The front was carpeted in clover patches and dandelions. I knew these plants intimately and practically lived in them in the spring and summer. I knew June bugs, roly-poly bugs, and played with them.

I liked getting up when the sun got up. The breaking of dawn was my time to just be, without the worry or pressure of any family drama. I liked being with thoughts that were fed by the sun, by the trees, plants and the creatures. I usually had a dog. They always followed me home. When I was five, I had a dog I named “Alligator”. I’ve always had a fondness for alligators, some kind of connection I don’t totally understand. It isn’t my clan. My clan through my father is Katcv, or Tiger clan. I don’t know my mother’s Cherokee clan, even though her mother was raised Cherokee near Moody, Oklahoma.

I knew the bees and played with them as freely as I played with the garter snakes, horned toads, and the other creatures. I’d play house. I’d catch the bees, hold them in my hands, and set them where I wanted them. They didn’t mind me handling them as long as they could get on with their business. They had a tender mind toward me as a young one.

One day I was out playing in the late morning. My mother and her friends were sitting out on the porch, drinking iced tea, smoking cigarettes and telling stories. Usually the stories ran along the lines of who came home and who didn’t come home, and all the drama going on among them and their families. My mother was also writing songs at that time. She was still at home and didn’t have to work yet. Her best friend was another Cherokee woman who lived across the street. I liked hearing them talk, their presence there. I adored my mother. She was beautiful, dynamic, and loved to sing.

As they talked I continued my play in the clover. I caught bees as I often did and played with them. My mother and her friend saw me. I can still see my mother’s concerned expression and hear her alarmed voice, “You’ll get stung!” It was then the bee stung me. I felt betrayed and confused by the situation. I didn’t pick up bees again for years.

Posted over on her site Poetic Adventures in the Last World Blog
Posted by Glenn Buttkus at 6:12 AM