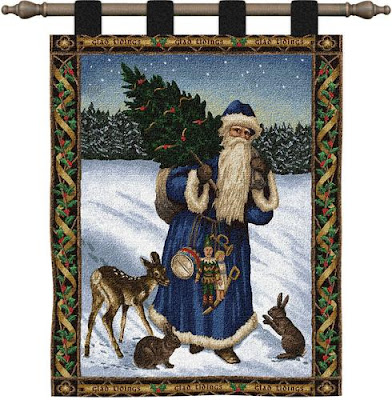 I wrote a letter on blue writing paper and sent it on it's way to the North Pole, my pencil chewed in anticipation. My girlish writing looked excited on the envelope,

I asked for roller skates, the old metal ones with real wheels, the ones my mother hated and saw like a premonition the scabs forming on my knees as I fell in a future moment, the 'told you so' held in reserve in her mind, just awaiting the moment I would fall.

I put the letter in the post box, so many other wishes were trapped inside that post box by other excited children all promising they had been good that year, their fingers crossed behind their backs.

'Isn't it wonderful the host of angels I have in my class in the magic month of December' Sister Joan said, sarcasm mixed with the relief of not having any crowd control issues for a few weeks anyway.

I rose at dawn, 'Oh God, they're all up' my parents groaned as a herd of children descended the stairs, someone always tripping on that bit of carpet that was on my father's ever growing list of things to fix.

The injured sibling would be just another hurdle to jump over in our haste to find our presents.
Some evil child would bring up a bad deed you had done in February just to add some stress to the occasion.

And finally, we reached the room with the presents and I opened my present from Santa Claus, The North Pole, The Universe.

And there it was with its wheels and metal shiny loveliness, my one roller skate, yes, singular.

My sister got the other one.

'Sure, we can take it in turns', we promised each other.

A wish is considered granted, even if it is halved ?.

Only Mr. Claus, The North Pole, The Universe, can answer that one.

Posted over on her site Sort Of Writing
Listed as #22 over on Magpie Tales 45
Posted by Glenn Buttkus at 1:44 PM

And two girls with one roller skate each makes a loving pair, hand in hand.