Christmas In The Bathroom 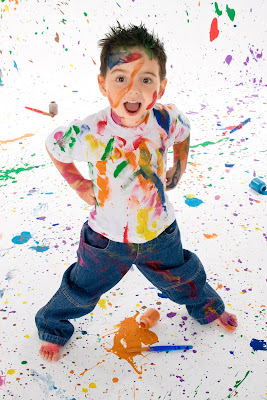 Image borrowed from Bing
CHRISTMAS IN THE BATHROOM

When Sam was 3 years old
he attended the Little School of Seattle.
Which met in the basement of a church.
And kept its general supplies
in the foyer of the women’s restroom.
Sam discovered this treasure trove
one morning late in November.
Therein was a king-sized canister full of red glitter.
Yes.
Upside down over his head.
All over the restroom.
And down the hall and around the corner
and into the Director’s Office.
But before anyone could mutter
oh-my-god-what-a-mess,
Sam, 3, sang out - hands in the air,
laughter on face,
“you know what?” - “YOU KNOW WHAT!”
“there’s CHRISTMAS in the BATHROOM!”

There’s Christmas in the bathroom.
And therein lies the message.
Beauty, so said the ancients,
is in the eye of the beholder.
And Christmas is and ever will be found
where it’s looked for.
Most often close by, most always very underfoot.
Hidden away in the cupboards of our lives
waiting to be rediscovered in a rebirth of wonder -
Waiting to be dumped over
our hard heads like blessing oil
Waiting to be scattered like red glitter
on the walls and hallways of dark December.

From CHRISTMAS FRIARWORKS
Posted by Glenn Buttkus at 10:34 AM