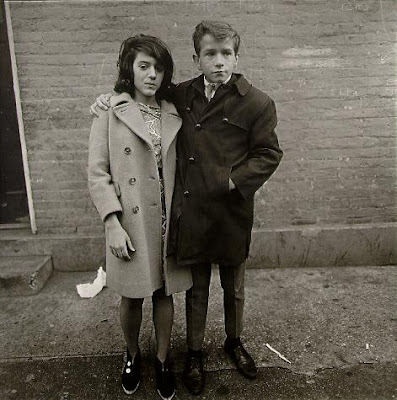 
I couldn’t decide what movie to take Claire to so I asked Dad and Ms. Sandee.

“Take her to a scary one,” Dad said. “Like Hitchcock. She’ll get all agitated and hug up on you to protect her. And if it’s scary enough, she’ll be afraid to look at the screen, and she’ll just want to kiss all over you.”

“Ask her what she would like to see,” Ms. Sandee said. “That sets a nice tone of respect.”

Ms. Sandee slapped him on the shoulder. He grinned and they locked eyes. I figured I’d had enough advice.
I asked Claire, and she said she wanted to see this new film shot here in Tennessee.

I didn’t know what that meant, but it was called “Army of Darkness.”

Dad drove me over to her house. She came out in jeans and a jacket. She looked pretty, especially when she smiled when she saw me, but it was still only pretty.

The movie was supposed to be scary, but instead it was strange and funny. We had a tub of popcorn between us, and I was so nervous I ate just about the whole thing. Claire put it on the floor, finally. I really started to get into the movie, and then I noticed that she kept clearing her throat. I would look at her, and she’d smile. I kept getting the feeling she was trying to tell me something. Finally, she put her hand on mine on the armrest. I felt a little rush. I slid my hand over onto her lap. She stiffened and kept her hand on the armrest. I glanced at her, but she was staring straight forward. I caressed her thigh through the material of her jeans. I moved my hand up close to her body, and she stiffened a little. I moved it to her knee, and she relaxed. I moved it back and forth, slowly. Each time, she stiffened and relaxed, but she kept her hands on the armrests on either side of her, and she started straight forward. Eventually, I realized her eyes were closed, so I moved my hand back to the zipper of her jeans and then slid it down between her legs. She thrust into my hand, then. I kept doing that, half expecting her to start screaming or to jump on top of me, then the movie ended and the lights went up. I pulled my hand away. She opened her eyes and smiled at me. I noticed she was flushed.

We went out to the lobby. Normally, I’d play video games until Dad came and got us. We wandered over to the games anyway. There were some other kids there.

“Want to go wait outside?” I said. It was all I could think of.

“I’m going to beat you at Galaga,” she said.

So we played. It was fun, but it wasn’t what was on my mind. Soon, dad came and got us and took us to get pizza. When we dropped her off, Dad nudged me. I got out and followed her up to her door. She turned and smiled. I leaned in and she met my mouth, her lips firmly closed.

“I had a great time,” she said, turned, and went inside.

All that week at school, she was friendly but disinterested. I would put my arm around her, and she’d let me, for a while, then shrug it off. When I tried to kiss her, she either backed off, or lacked passion. I decided to take her to another movie, just to see. She picked another horror film. This time, when the lights went down, I reached out to hold her hand, tentatively. She squeezed my hand, and then pulled it to her lap. I repeated the motions from last time, massaging her thigh, but got to her zipper much more quickly. As I pressed between her legs, she made little noises. I slid my hand up and brought her zipper down slowly. She pressed into me. I reached inside her pants and felt moisture. I explored and rubbed, the whole time with her squirming and moaning softly, until she finally grabbed my hand and bucked. It caught me off guard. She grabbed me and drew me to her for a deep kiss, mouth open this time. When the lights went up, we were kissing. She pushed me off, and did her jeans back up. Then we went out and played Galaga again.

It went like that a couple nights a week. At school, and in front of anyone, she was standoffish. In the dark, she was kind of wild. Once, after the movie, on the way to Galaga she pushed me into a stall in the women’s bathroom. We made out, and she put her hand down my pants. I’d gotten so worked up working on her, that it didn’t take long to get me ready.

It didn’t take me long after she said that. After we came out of the stall, she wouldn’t let me put my arm around her.

“You guys must be getting serious,” Ms.Sandee asked, after a couple weeks.

“Well, she keeps agreeing to go out with you. That must be serious.”

Posted over on Troubadour 21
Posted by Glenn Buttkus at 11:30 AM

Diane Arbus has always fascinated me. With her strange looking people and the story of her tragic life.