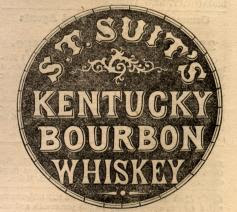 I firmly believe (sort of) that most,
if not all, mankind's problems
are caused by their perceived solutions.

Y'know what I mean?
You start to worry about something or other
and next thing you know
there's an insurance salesman at your door.

You get afraid some noise in the night
and next thing ya know,
marijuana's illegal.

I mean, like, the government wants to protect you
so it taxes you
to buy deadly weapons.
Which need to be tried out on something
If you're not careful...

Someone you know and love,
(are those two things even compatible?)
is acting oddly
(complaining about your abuse, for instance)
so you refer them to a psychiatrist
and before you know it
they turn out to have every kind of mental or moral disease
known to man and some
that get made up on the spot.
Which just turns their oddity into gibbering lunacy.

All of which could have taken care of
by a bullshit session
over a shot of good booze and.....and
Another shot....

So I'm in the midst of a book
about James Joyce's daughter Lucia
Whose problems
as you may have guessed by now
fall under the category I have just mentioned.
Punished for complaining
about being punished.