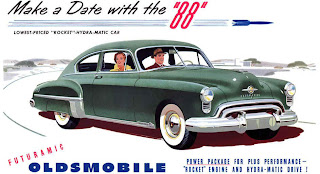 Looking back at my writings, for some odd reason I left out the saga of my friendship with Doug, then called Doug Mercer, carrying his stepfather’s last name, just as I carried mine. I must have met Doug when I was a freshman at Sealth High School. That would have made him a rink upper classman, a Junior. Memory pulls up short here. He would not have been in my Freshman classes. He was, I am sure, in my Stage Craft classes, along with other high school buddies, Jack Robinson, Frank Olson, and Larry Sleek. It must have happened that way sometime in 1958, because I was good friends with him for two years before he graduated in 1960, and made his way up the University of Washington.

Doug lived up near High Point project, on the border of West Seattle, or maybe in West Seattle, with his parents, mother Marge and stepfather, Mr. Mercer, who was a fireman; quite the exotic vocation for we young boys to aspire to, or be impressed by. They had a big friendly black Lab dog that they called Meph, short for Mephistopheles I think. Doug had one sister, Janet. I think she was a sophomore. Hanging out with them, as a punk Freshman, made me feel terrific. Since Doug was my pal, it was only logical that I would make some lame attempt to romance his sister. This lasted for a few months, even dragging her over to meet my family, and taking her along on several family picnics and outings.

After my mother died, Art Buttkus gave me all of the family home movies in a tired and ripped old paper sack. They were all those old 8mm ten minute reels. In 1990, after the video revolution, I had the 8mm films transferred onto a VHS. It cost me 75 bucks for the first copy, and 40 bucks for the second, and third. I made copies for Clystie and Bud.

There were scenes on it that are priceless now, flickering along in silence. Even a few shots while we made the maiden voyage of the Toot. One long one was a family picnic over at a park near Easton, just over the Snoqualmie Pass. Janet happened to be along on that outing. There I was in tight levis, with a red and white striped short sleeved shirt, with the sleeves as far up my arm as they would go, my black hair slicked back into the 50’s pompadour, no glasses, being just as cool as I could be.

The whole clan made the trip, Pop and Mom-Mom, Mother, Clys, and Bud, of course, and I think my great Aunt Ardy, and maybe my great grandmother Nana. We were eating great gobs of watermelon, I remember, and Pop decided to climb a tall pine tree. It is all on film, as he got to the top, and he rocked the tree to and fro. Janet dropped me not long after that, which really confused me. She never really felt compelled to explain if it was me she resisted, or my family.

One of the perks for having a friend in high school who is two years older is that Doug already had a driver’s licence. He could drive his folk’s car sometimes, and we could cruise White Center, and West Seattle on Friday and Saturday nights. It became obvious that Doug had tremendous mechanical aptitude. He could fix cars like nobody’s business. Art was very taken with him. Doug picked up a 1949 Oldsmobile, and the engine was worn out. It was one of the first GM overhead V-8’s. For two years, the Olds were built on the Chevrolet frame, so they were very powerful mid-sized cars. Doug bought a 1953 Oldsmobile 4-door Detroit barge, and he decided that he would take the engine out of it, and put it into the 49 Olds fastback; which he had named “Lucille”, after the blues song and rock and roll hit of the late 50’s. Art gave permission for Doug to bring the 53’ Olds to our house, there in White Center, and take the engine out, and then bring the 49’ over, and transfer the engine to it. He and Art spoke the same language. It never occurred to me at the time that he felt closer to Doug than to me. I was too full of my fine self to notice.

Doug worked for several months on that engine switch, working late into the nights on week days, and all weekend. We kind of adopted him during that period, and fed him, and sometimes let him crash at our place on the couch. After the engine was out of the 53’, while awaiting the junk man to come and pick it up, Doug and I had a real ball using 6 foot crow bars to spear huge holes in the car.

Once Lucille was running, it was the cruising fastback of your dreams. He had put the one piece windshield in it, replacing the two piece stock 1949 model. We drove around looking for those elusive chicks that never materialized, and we ate a lot of burgers, and wolfed down tons of Nestle’s chocolate, which was always cheaper than Hershey’s.

Somewhere I have an 8x10” photo of the 1958 Stage Crew at Sealth. We were standing in front of the flats we built for the play, THE RED MILL. I was the scene painter, having some artistic flair. One of my crowning achievements was a huge backdrop I did of a steamboat, a paddle wheeler. Pop had shown me how to set up a grid on my original drawing, so as to transfer it to a painting like 30’ wide, and 20’ high. Jack Robinson assisted me. It took two weeks to complete. As a joke we named the ship, the USS BIZZJALL. We had all learned to “balk tackwards”. So the ship was really the JizzBall, which tickled us a lot. There was some hit record in 1958, that had backwards talk on it. I picked up on it, and soon several of us, not Doug I don’t think, cold talk backwards for hours. We would lean out of car windows, yelling at a girl, “Bey Hitch, Foo Yuk?” I used to say, “It is serry vimple to igger it fout, one juz has to clisten losely, unless they are a faddamn gool, or a boopid stastard.” What fun we had.

I think in was Doug’s senior year, in 1960, that he got his rock and roll group together, with himself on lead guitar, Al Kistenmacher on rhythm guitar, Ray Kistenmacher on bass guitar, Georgy O’Brien on drums, and Larry Richards, the red-headed boogie woogie playing piano man. They played one gig that I attended. Doug never got around to naming the group. It seems to disband before that could happen. As a tribute to Doug, I drew a caricature of him playing that lead guitar, and titled it “THE BIG M”. I was smitten by him. Christ, he could fix cars, and read music, and he was headed off to college soon. His mother, Marge, always seemed to like me, even though I was a bit too arrogant and crass for my own good. I used to kid him that his mother probably would have liked to have a date with me.

About the only thing I could best Doug on was physical prowess. When we wrestled, I would win. When we boxed, I would win. I was a tough little shit. Doug went on to college, and to everyone’s surprise, he “flunked out”. He just said that college was a drag, and that he “did not want to play that game.” We all knew that he had a high IQ, so it was strange that he walked away from his education. Soon thereafter, while I was a Junior in HS, he joined the Army, then in 1961; safely between Korea and Viet Nam. For a time he was stationed at Ft. Lewis, here in Tacoma. I remember giving him a ride back to the base on weekend in my 1939 Plymouth coupe. I drove it much too fast out there on I-5, on bald tires, trying to impress him. He was not impressed.

Soon he transferred up to Ft. Wainwright in Fairbanks, AK. He was in the Motor Pool, of course, as a mechanic. Those of you who are dyed in the wool active readers of his personal blog site, FEEL FREE TO LAUGH, can go back and read his rememberances of Alaska, moving to LA as a mechanic, being there for the Watts riots, coming back to Seattle, working for several garages, and then launching his own business, PALMER AUTOMOTIVE, which he sustained stubbornly for 17 years. Perhaps he will write something on this site to correct my poor recall, and present his memories to counter and augment my own.