BGA Part Twelve: Papa, Can You Hear Me? 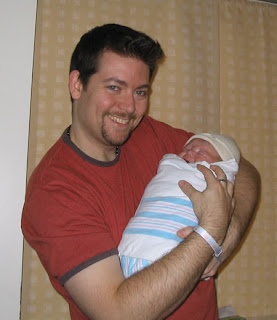 PART XII PAPA CAN YOU HEAR ME?

So, technically I was never a bastard. Arnold gave me his name, though I hardly used it. I guess I always felt more like a Carpenter than a Bryden. And for a couple of years, Wayne gave me his name, Stilwell, butI never remember using it at all. Bud used it as a kneejerk reaction to Art's brutality to him, even though he always knew, and substantiated for himself in later years that his father Wayne was a confused and emotionally unstable man. Wayne molested me at four or five years old, as my mother told it. I, thankfully, do not remember that either. Art gave me his name too, and I did use it; still do.

I am a Buttkus by default, by circumstance...and kind of by choice, wanting to fulfull Mother's death wish that we kids would be formally adopted by Art. But the question remains, and the voices still question me at night, in the dark, in my dreams...who am I? The Carpenters are several kinds of English, and part Cherokee. The Looks were Dutch. I have always felt more Welch [Bryden is a Welch name], and/or Scottish. During those years of introspection and immersion into cosmic consciousness...my metaphysical studying, my facing my mortality, my need to personalize and defang Death, I consulted with several psychics.

They abounded in the colorful groups I gravitated toward; the tarot readers, the palm readers, the mediators, the Buddists, the UFOlogists, the Sasquatch believers and hunters, and the divers types of healers. I told them that on that great wheel of life, I felt an affinity for Scotland, that when I saw the film, HIGHLANDER, for the first time, my deju vu button really lit up; the highlands, the lochs, the green dampness, the long-haired cattle, the kilts and clans, the leather-wrapped hilts on the heavy broadswords were all very familiar...reasonating deep within the chords of me, making familiar music deep within me. I felt that I must have experienced one lifetime as a highlander, as a clansman, as a warrior.

When I was training to be a professional actor, while still in the BFA program, we did a production of "MacBeth", and we did it primitively, ala the Orson Welles film version. We wore skins, painted out faces, and carried heavy broadswords. As MacDuff, the killer of MacBeth, I had to learn to wield that broadsword. As I parried, and swung it, clanging steel against steel, setting sparks flying for fifty feet, feeling the muscles in my arms and shoulders challenging the sinew of my opponent...the sword felt like an old friend in my strong young hands.

Later when I saw the Liam Neeson remake of ROB ROY, and Mel Gibson's BRAVEHEART, I was overcome by many more strong vibrations, and scalding hot flashes of deju vu. All the psychics shook their heads yes, yes...my feeling were solid and true, I was a highlander once. I had been a warrior, a leader of a clan, a rebel fighting the British alongside WilliamWallace. Yes, yes? Well, perhaps. It sure felt good considering it though.

As an actor, at 5'8" tall, stocky and hairy, I was able to pass for any of the Mediterranean types, Spanish, Italian, Greek, Portugese. For years, I used to have this fantasy that some fine day I would be exiting a theatre, just as the houselights came up, or sitting on a bus, or walking in a crowd, or walking in the park, or at the zoo...and my eyes would lock with similiar eyes, and somehow I would instantly recognize that stranger as the older me, as my father; or the younger me, as a half-brother.[Bud had a chance to meet his half brother, Wayne's younger son. Bud said," It was damned spooky, like looking in the mirror, only he was red-headed."]. And that stranger would know me, and we would go have coffee, or a beer, and reconnect.

This was, after all, how it should be, how it would be, in my mind. The years have crawled and raced by, and that stranger, that moment, has never appeared. My father would be 80 or more now. Perhaps it has become the twilight of my dreams. Perhaps it is time to let go of this one hope, this need to feel whole, to experiencea sense of closure. I guess I will be forever, the gypsy lad, the boy who never knew his father, the man who grew old and died without the benefit of blaming anyone for his foilables.

I must say though, the one advantage to not knowing who your father is, is that I have been able to create, to fabricate a great hero of a man, an intellectual athlete, a man of great charisma and great wealth and success, in my head. Even though, the voices tell me in the dark, it is just as probable that he is a drunk, or a serial killer, or a pedophile priest, or a boring banker living off his spoils, or a broken down cowpoke, or a fisherman living in the wilds of Alaska with calloused hands and long flowing white hair...yes, I know all that, and more.

It has been 35 years since I began my search for this man, my paternal father, a fellow who probably did the nasty with Betty Lee Carpenter in the soft back seat of a '39 Buick, out by the airport, or down by the Spokane River. My God, was he a prince or a prick? Will I ever find him, or know him? Just a handful of more unanswerable questions that I probably will take with me beyond the veil.

One of my biggest issues with him is that by not knowing him, by not understanding his health profile, I certainly was not prepared for my middle aged health problems. Most people know their parents, and they are painfully aware of diabetes, or heart trouble, or mental illness that can be waiting for them too around some corner. But since my genetic existance is shrouded in mystery, I found my self the unwitting descendant of a genetic flaw, a DNA glitch, a piss-poor immune system.

Metaphysically, I have tried to reason with my immune system, and I have tried to accept my real power as an entity, and I have tried to heal myself. But as the dice rolled, they came up snake-eyes over and over again. There is a theory that when the great spiritual beings, like Jesus and Seth and others, return to this plane of existance, we, as mere mortals will not be able to safely stand in their presence because out vibrational levels will be too low. Their mere presence could tear us apart. As the theory goes though, there are those amongst us that are being prepared genetically, from the inside out, to be able to withstand those higher vibrations. For a time, it made me happier and more accepting of my disability [CIDP] when I considered that I was one of those lucky elected, that as an old soul I would be the emissary, the go-between. We will see.

In the meantime, I endorse the IV treatments and medications that I am having to take to stay on my feet, and I am more than willing to wait, and to participate in whatever is coming. I am now 63 years old. My father, if he is still alive, would be 83-85. To bump into him, to unearth him now would be almost an anti-climax, a retelling of an old story, an old joke; as useless as tits on a two by four. And yet I still would enjoy it. What son would not? Papa, can you hear me?

Glenn
Posted by Glenn Buttkus at 6:43 AM