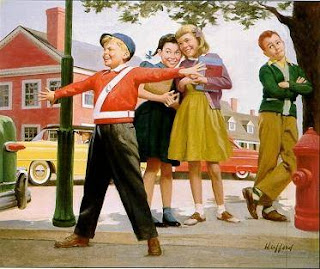 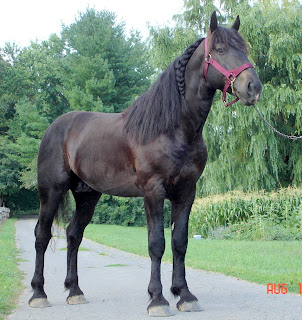 I think this story is back on track again. Here goes:

Down the road aways from that shack/farm in Kent, was the Pruden farm, at least 100 acres. Dad Pruden was a logger, and the Mom was a sweetheart to we kids of the neighborhood. They had a beautiful collie I used to enjoy petting. Gary was their son, and he was about 8 years old then. He liked to hang out with me sometimes, even though I was older. He showed me how to go into the woods and skin cascara bark off trees, and he knew who to contact to sell it. We made a few bucks one summer and killed a couple dozen trees.

His sister, Merlene, was almost my age, and I had a crush on her. Clystie hung out with her, and they rode horses all the time. There was one huge plow horse, possibly a Percheron, that little Clys loved to ride. Who could have possibly known that twenty years later, after two failed marriages, and five children, Clystie would meet Gary Pruden again, and end up marrying him; staying with him for over 25 years, and putting up with his lack of affection, his womanizing, his macho bullshit ways, his three week hunting and fishing trips, his idiot friends...and like the honest woman that she is, she stuck it out until fibromylasia struck her down, and Gary even became more distant.

Clystie, in a fit of righteous independence, after nearly dying in a hospital that Gary never visited, divorced the sonofabitch. But that is another story. While there in Kent, we had to take a bus to school. It was Panther Lake Elementary. I got to be, for a time, a crossing guard. I looked spiffy in the wide white Sam Brown belt, and the white helmet. [During the years 1953-1958, Mom-Mom and Pop lived in their houseboat on Lake Union, creating the Carpenter Flotilla, with Ardy and Nana living nearby on the dockway. Some particulars about the houseboat years are recorded in Nana's section (Emma Rosetta)]

We must have lived in that psuedo-shack for over a year. I graduated from 6th grade, and started my 7th grade year at Kent Meredian Junior High. Clystie and Bud stayed behind at Panther Lake. I was growing sideburns, influenced by a new young singer called Elvis Presley. At 13 years old, I already weighed 175 pounds, and was fairly muscular. I ran for School Treasurer, and lost. But I did enjoy giving speeches, and running my campaign.

One day during the winter, in my gym class, we had to run an obstacle course; trot 50yards, shoot a hoop, jump over a high bar, climb a rope to the ceiling, do a side leap over a gymnists' horse, and shoot another basket. When it came to my turn, I was out to break records. My feet were on fire. I was a kid possessed. I was smoking. Making fabulous time, I climbed that rope to the ceiling hand over hand without feet. But when I came to the gymn horse, I was running too fast and I tripped on the edge of the mat, flipped over in the air and smacked my shoulder and right arm into the padded side of it. I, and everyone else in the gym, heard something snap. My whole right side turned numb. The coach came over, grabbed my right arm, and snapped the elbow back into place before I realized what he was doing.

" You broke your arm, young Buttkus. Go change your clothes, and go up to the office. You need to call your parents, and have them take you to a doctor."

I did as I was instructed. The central office was very busy that morning, and there were several other kids in line ahead of me. I was standing there, waiting my turn, when one of the teachers came up to me and asked me if I realized that I was turning a nice shade of green. They rushed me to the back, and fussed at me for not saying anything. I was in too much pain to pay much attention.

The arm healed in three weeks...ah the resilency of youth. Lots of memories of that cast, and the itching down deep into it. And after the cast was removed, how I used to lie in bed, bending on my non-responsive arm muscles, trying to get the arm to straighten back out. It took a few days.

Winter into Spring, 1956: Art moved us again, way up north to Lynnwood. That was country living then, even more so than Bellevue had been. We lived in a housing development, renting a fairly new home. Art had to be a handyman for the development to reduce some of the rent. [ Interestingly, after a lifetime of renting, Art did finally buy a home after I was out of high school, just before Mother died. But it seems that certain things are imprinted. I rented apartments and houses for 30 years after I grew up. I was not interested in the headaches of maintaining a real house. ]

God, was I shocked to find out that in the Lynnwood School District at that time, 7th grade was still considered Elementary school. So Junior High Hotshot had to tuck his tail between his legs, and return to kiddy school. Certainly was weird.

This was the heighth of the cold war, the days of duck-and-cover film strips, and people you knew actually building bomb shelters in their back yards and basements. President Eisenhower warned us that those Commie bastards might drop an atomic bomb on us at any moment. We lived with a fear;visceral, into our bones. At night, I slept little in that house.

We were in the flight path for Sea-Tac, I guess, and airliners flew low over the house all the night. Every jet engine I heard made me fear that soon following would be that brutal flash of an atomic bomb. I wrote a short story about our family, after the bomb was dropped, driving to the mountains with our canned foods and hunting rifles and fishing poles. We hid in a cave. Clystie, in the story, complained all the time. Bud was eaten by a cougar. The Russians came, discovered us, and there was a firefight. The story remained unfinished.

Summer 1956: We rented a large house south of the Bethleham Steel Mill, south of the shipyards on Harbor Island, on Delridge Way. The house number was 4717. 4717 Delridge Way. Odd the things one remembers. The house was owned by the people that also owned a car lot, Delridge Auto Sales, adjacent to us, on the north corner. Just across the street, north of us, on the west side of Delridge Way, was a city park.

I played a lot of touch football in that park, which always morphed into tackle football. I was 14 now, and still a big kid for my age. Very soon, every boy I knew would grow taller than me while in high school; but for one summer, I was the big kid. The Elementary school was just below the park, on the east side of Delridge Way. Clystie and Bud went there. I got to go south up the the new Denny Junior High School, across the street from the even newer Sealth High School.

Delridge Way ran north and south between Harbor Island and White Center. I made friends with the Robinsons, a few houses up on Delridge. Jack was my age. His big brother Don was several years older. Their father was a boiler maker, and they had lived in that neighborhood for all their lives.

This always happened to me. I would meet, and befriend kids that had never had to move to a new house, a new school. I felt like a gypsy child, always having to fight, to stand up and be noticed, having to prove myself physically and intellectualy. I thought of myself as a gladiator, always ready to compete on any level. [Little did I know that Jack Robinson would become my best friend throughout high school, and for several years following. That I would have a crush on his young wife, Gloria; that I would go with her decades later, after their second marriage had dissolved; yes, they were married twice; but that is another story.]

While living on Delridge Way, we had to learn about staying out of traffic. It was a very busy street, and it curved slightly there, creating a blind spot right at the curb in front of our house. Cars parked there were smashed in the butt several times. It I remember correctly, one of my uncle Dick's cars was crashed into there.

A stray dog wandered in one day, a huge beautiful collie. We named it King. One morning it disappeared. Our neighbor told us that a car had stopped at the curb, people had called to the dog, and it had jumped into the car, and left with them. We considered it dog-napping, but it could just could have as easily been the original owners reuniting with the mutt.

Glenn
Posted by Glenn Buttkus at 6:42 AM