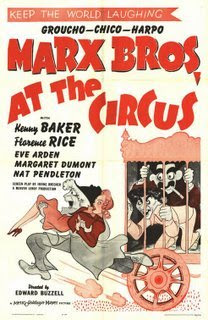 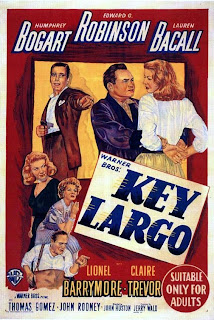 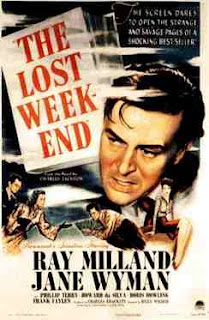 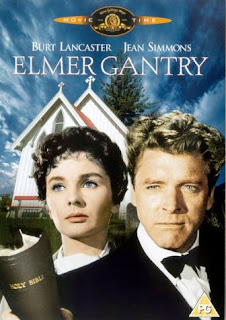 And now ladies and gentlemen, here are a few more zingers:

"You're right, you shouldn't have been deported, you should have been exterminated."
Lionel Barrymore to Edward G. Robinson in KEY LARGO (1948)

"Gimme a viskey. Ginger Ale on the side. And don't be stingy, baby."
Greta Garbo, the first "spoken" movie line in ANNA CHRISTIE (1930)

Peggy: Would you join me in a glass of wine ?
Prof.Quail: You get in first, and if there's room enough, I'll join you.
W.C. Fields in INTERNATIONAL HOUSE (1933)

"Snookums...you mean you've forgotten me ? After those June nights at the Riveria where we sat beneath the shimmering skies, moonlight bathing, in theMediterranean. We were young, gay, reckless ! That night I drank champagne from your slipper...two quarts. It would have held more but you were wearing insoles."
Groucho Marx to Margaret Dumont in THE CIRCUS (1939)

"It shrinks my liver, doesn't it, Nat ? It pickles my kidneys, yeah. But what does it do to my mind ?It tosses the sandbags overboard so the balloon can sail. Suddenly, I'm above the ordinary. I'm competent, supremely competent. I'm walking a tightrope over Niagara Falls. I'm one of the great ones. I'm Michelangelo, molding the beard of Moses. I'm VanGogh, painting pure sunlight. I'm Horowitz, playing the Emporer Concerto. I'm John Barrymore before the movies got him by the throat. I'm W. Shakespeare. And out there is not Third Ave. any more-it's the Nile, Nat, the Nile--and down it moves the barge of Cleopatra."
Ray Milland to Howard De Silva in THE LOST WEEKEND (1945)

"Bring a pitcher of beer every seven minutes until someone passes out, then bring one every ten minutes."
Rodney Dangerfield in BACK TO SCHOOL (1986)

" Imagine, after living in the U.S.A. for more than 30 years they called me an undesirable alien, me, Johnny Rocco ! Like I was a dirty Red or something !"
Edward G. Robinson in KEY LARGO (1948)

"He was doubled up on his face in that bag of old clothes position that always meant the same thing. He had been killed by an amateur, or by somebody who wanted it to look like an amateur job. Nobody else would hit a man that many times with a sap."
Dick Powell as Philip Marlowe in MURDER, MY SWEET (1945)

" Ninety years ago I was a freak. Today, I'm just an amateur."
David Warner as Jack the Ripper in TIME AFTER TIME (1979)

"Girls like me weren't built to be educated. We were made to have children. That's my ambition-to be a walking, talking baby factory."
Paula Prentiss in WHERE THE BOYS ARE (1960)

"He ain't a gangster, he's a real old time desperado. Gangsters is foreign. He's an American."
Charley Grapewin of Humphrey Bogart in THE PETRIFIED FOREST (1936)

"The main thing is, if you talk too much, the audience won't remember anything. So say something short and memorable"
Steve McQueen

" Screenwriting is what feminists call 'shit-work'. If it is well done, it's ignored. If it's badly done, people call attention to it"
William Goldman, Screenwriter

"By necessity, by proclivity, and by delight, we all quote. We quote not only books and proverbs, but arts, sciences, religion, customs, and laws; nay, we quote temples and houses, tables and chairs by imitation."
Ralph Waldo Emerson, Essayist, Poet, Publisher

" Men have been staring at me, and rubbing up against me ever since I was twelve years old. They have been waiting for me to stumble so that they can get close in. Sometimes, I get the suffocating feeling that they will. And I see myself, perhaps tomorrow, perhaps next year, being handed from man to man as if I were an amusement for men who've only really had me, never really loved me." Elizabeth Taylor in THE SANDPIPER (1965)

"Don't touch my knife. That makes me mad; very, very mad."
Robert Mitchum in THE NIGHT OF THE HUNTER (1955)

"Well, I can't get angry, okay ? I mean, I have a tendency to internalize. I can't express anger. That's one of the problems I have-I grow a tumor instead."
Woody Allen in MANHATTAN (1979)

"One morning I shot an elephant in my pajamas. How he got into my pajamas, I'll never know."
"I'd horsewhip you, if I had a horse."
Groucho Marx in ANIMAL CRACKERS (1930)

Vivian: Speaking of horses. I like to play them myself. But I like to see them work out a little first. See if they're front runners, or come from behind. Find out what their hole card is-what makes them run.
Philip Marlowe: Find out mine ?
Vivian: I think so...I'd say you don't like to be rated. You like to get out front, open up a lead, take a little breather in the back stretch, and then come home free.
Lauren Bacall handicaps Humphrey Bogart in THE BIG SLEEP (1946)

"He's like an animal. He has an animal's habits.There's even something subhuman about him. Thousands of years have passed him right by, and there he is, Stanley Kowalski, survivor of the Stone Age."
Vivien Leight about Marlon Brando in A STREETCAR NAMED DESIRE (1951)

"Kilimanjaro is a snow covered mountain 19,710 feet high and is said to be the highest mountain in Africa. Close to the western summit, there is a dry and frozen carcass of a leopard. No one has explained what the leopard was seeking at that altitude."
Gregory Peck in THE SNOWS OF KILIMANJARO (1952)

"Tens of thousands of elephants are killed in Africa every year. I live with them. I like looking at them and listening to them. As a matter of fact, I'd give anything to become an elephant myself. You know, soon we'll be alone on this earth with nothing else to destroy but ourselves."
Trevor Howard to Errol Flynn in ROOTS OF HEAVEN (1958)

"He has every characteristic of a dog except loyality."
Henry Fonda about Cliff Robertson in THE BEST MAN (1964)

"They look to me like two elephants making love to a men's glee club."
Woody Allen taking a Rorschach ink blot test in TAKE THE MONEY AND RUN (1969)

"All the animals come out at night, whores, pimps, junkies. Sick. Venal. Someday a real rain will come and wash all the scum off the streets."
Robert De Niro in TAXI DRIVER (1976)

"I feel like a country dog in the city. If I stand still, they screw me. If I run, they bite me in the ass."
Burt Reynolds in THE BEST LITTLE WHOREHOUSE IN TEXAS (1982)

"Ladies and gentleman, I would like at this moment to announce that I will be retiring from this program in two weeks time because of poor ratings. Since the show was the only thing I had going for me in my life, I have decided to kill myself. I'm going to blow my brains out right here on the program a week from today."
Peter Finch in NETWORK (1976)
Posted by Glenn Buttkus at 2:01 PM