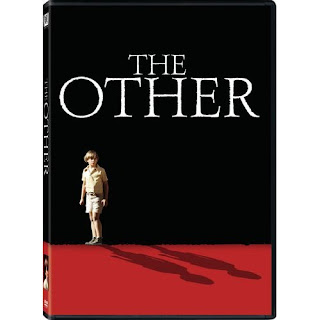 This film holds up very well over the decades since its release. It was filmed boldly in color, and yet director Robert Mulligan still maintained the feel of the Depression in 1935 Connecticut. This was a "world" he perfected in 1962 with his classic film, TO KILL A MOCKINGBIRD. The script by Tom Tryon, based on his novel, was clever and fraught with challenges for the minds and hearts of the viewers.

Twins Chris and Martin Udvarnoky, were perfectly cast as twins Niles and Holland Perry. They had been discovered doing plays for Herbert Berghof, who just happened to be married to Uta Hagen. This movie was the only film work the twins ever did. They just seemed to drop out of sight afterward, heightening the reality of their performances. When I first viewed the film in 1972 in a theatre, I bought the "twins" premise. It was skillfully handled visually by director Mulligan. I was strung along until Uta Hagen, as grandmother Ada Perry, revealed to the young Niles that his "bad" brother, Holland, had been dead for almost a year.

The movie worked on two levels successfully. There was a sun-kissed rural 30's heartland and kid's woodland paradise on the one hand; great spans of forest and field, old barns, and dark mysterious cellars. Juxtaposed to that, overlapping and intermeshing with that, we discovered a Gothic plot; complete with a doomed family haunted by dark psychic powers and questionable values; whose family crest was a peregrine falcon, emblazoned on an heirloom ring, and on the creaking weathervane high atop the Victorian style house. Murder stalked the Perry farm, and spread out to the neighbor's. Murder and death seemingly by accident; murder disguised as accident.

Mulligan orchestrated wonderful touching scenes between Uta Hagen as Ada, and Chris Udvarnoky as Niles...loving moments whereby a blue-eyed angelic tow-headed child adored his wise and spiritually advanced grandmother. Much was made of the special psychic games they played, with young Niles projecting his mind, perhaps even his essence, into others; guessing the sex of his sister's unborn child; and even projecting into a crow, able to cognizantly fly freely over the farmlands cawing greetings to all those it recognized. This was a "game" that Niles was so adept at, had perfected so well, that he had no difficulty dealing with his own split personality, and embracing a form of complete denial as to his brother Holland's actual death, and further denial of his own responsibility for conducting divers heinous acts in the guise of, or as Holland. So Niles never had to be alone, would not accept being alone.

Diana Muldaur, as mother Alexandra, was simply wonderful as the archetypical Gothic heroine; beautiful, vulnerable, descending into madness and darkness, and near catatonia. Her meager attempts at endeavoring to regain some level of emotional balance, at recapturing and re-embracing the light, were soon dashed by the evil actions and reactions of Niles, who seemed to love her and loathe her, and definitely wished her harm.

Uta Hagen, a great actress of the Theatre, completed only three films ( and a slew of television roles). In this one, she was very effective as a kind of Maria Ouspenskaya mid-European matriarch, with some kind of a dark past, and considerable psychic abilities. She radiated love for her entire doomed family, and riddled with guilt for her part in all the machinations of plot, she was willing to sacrifice, to martyr herself in order to stop the killings. It was a kinky and delicious twist that her sacrifice was to no avail.

Victor French gave a fine performance in the small role of the farm handyman, Mr. Angelini [nice symbolism in the name]. He did well with his brief scenes, illustrating the frustration and lonliness of an emigrant in America during the Depression; a man descending into drunkeness as a panecea or refuge; only to find himself dragged from his sweaty enebriated sleep and accused of the murder of an infant; ala the Lindbergh case of that era. We witnessed racial prejudice, and insane mob rule as the family and the authorities leaped headlong to incorrect conclusions. John Ritter was adequate as the young son-in-law livng in the Perry household with his pregnant wife. It was a small part, but it hinted at Ritter's future talents.

The ironic ending hit all the significant notes of a horror contada. At the fade, one wondered who would be next on the adolescent death list? The film was both drama and horror in equal parts. Mulligan struck gold mining Tryon's dark tale.