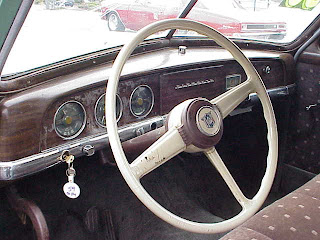 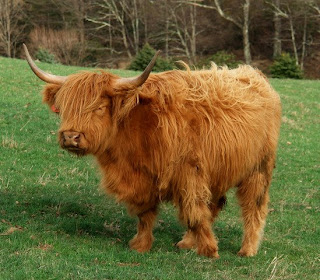 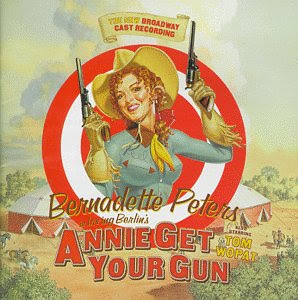 Over the Christmas break in 1960, Art moved the family again, back to Kent. This time renting 10 acres near Covington, real country living then, very rural 30 some years ago. Just north of us, next door was a Mink Farm. God, what a stench they made when the wind was just right. We all had to bus to school. I finished up my Junior year at Kent Meredian Senior High School, which seemed pretty rinkydink to a big city kid like I'd become. It was a two story old farm house, and it had four bedrooms. For almost the first time, all of us had separate and private rooms. Clystie loved it. Bud was still kind of afraid at night, not being used to being alone. The kid's bedrooms were upstairs.

A creek traversed the property north to south. My room's window faced east over the creek, toward a ridge of firs, and I loved falling to sleep listening to that lullaby of frogs. I had learned to play handball at school, and I was really getting into it. There was a large barn on the property, and there was room for me to practice my killer low shots. I practiced for hours, until my right hand was bruised and pulsating with the blood of constant ball impact.

The landlord also rented out the pastures. There were several Scottish Highlander cattle, long-haired and long-horned creatures, that oddly seemed really familiar to me. Eons later, after I became somewhat more enlightened metaphysically, I began to realize that I had had a previous life in Scotland, in the highlands [but that is another story].

Clystie ofcourse, rode the couple of horses that were boarded there. She managed to get me up on one once. I got it to lope, then gallop. For a short moment, I was Clint Walker as Cheyenne, a stud cowboy at full gallop. Then the horse slid to a halt, and I was thrown off. I landed on my lower back and shoulders. I got hurt, butI wouldn't admit it. Standing there, trying not to cry, Clystie ran up to me.

"But Butch...while you were riding, you looked really good up there for a while."

I never knew if she was being sarcastic, or just trying to be nice. Although I was nearly 16, I had plenty of time to play in the nearby woods with my 10 year old brother. We used some of Art's tools and nails, and built a fort up in the trees; and it was, when completed, the most god awful tree fort man had ever seen.

It was triangular, suspended between three tall trees, about12 feet off the ground. We nailed up a branch ladder on one of the trees so that we could ascend and descend our fort. Bud and I thought it was pretty cool, but I seriously doubt that even some of the down and out kids from OUR GANG would have claimed it.

I finished learning to drive on those country lanes. Art would take me out in one of our Plymouths. Then he would reach across, while I was driving, and he would press his foot down over my foot on the gas pedal, testing my resolve and my fast car reflexes, my problem solving skills. Of course, in those days, no one wore a seat belt. We were fortunate to have survived.

One fine day Doug Mercer (Palmer) came to visit his old high school buddy. He talked about flunking out of college, and of joining the Army. He slept on the hardwood floor alongside my bed, covered with one of mother's quilts. He had driven Lucille, so I had one last ride with him on those twisty country roads. He was kind enough to let me drive some, since I had my learner's permit in my pocket. Lucille parked at his parents for the next couple of years, and it became undriveable, full of rain and moss and mold; made me sad to hear about it. I wrote to Doug while he was in the service. He talked about Alaska, all frozen at 50 degrees below zero in winter, and in the spring and summer, all mud and/or dust.

1961, Summer: Mom-Mom and Pop moved into a project inSouth Park [Christ, those government projects haunt my history...we lived in Navy projects in 1950, then the Renton Highlands, later Stadium Homes. It was a reasonable and affordable place to live, I'm sure, but it sure did sour me on duplexes and housing developments as I grew. They still make me feel claustophobic, even today.]

Pop had a two bedroom apartment, and he used one of the bedrooms for his studio. They had decided to live there a while, and save their money so as to make their way, finally, back to the eastern side of Washington, back to Spokane. After 25 years of residing in the Northwest, Pop said," I am goddamned tired of living on the coast, in a swamp!"

About that same time, Art moved us again, back to West Seattle, a house right on Avalon Way, right next to an old movie theatre that only played silent films, and used a live organ player; about three blocks south of the Admiral Theatre; right across the street from West Seattle High School.

Clystie spent her sophmore year there at West Seattle High. I was driving my own car, by then, so I opted to drive the five miles south, up Delridge Way, so that I could attend Sealth High School for my glorious senior year.

In a few months, Art moved us a few blocks north down Admiral Way, and he rented a large two-story house. We all had our own rooms again, and that was great. It was only a few blocks from the view point on the bluff that overlooks Elliott Bay and the beautiful Seattle skyline. As a passion pit, the viewpoint was notorious. I used it myself, several times. Art andMother had used it too, in 1952. They called it affectionately, "Sleepy Hollow".

1962: My senior year at Sealth High. I continued on the stage crew, painting a lot of landscape murals for the school plays and musicals. Watching several classmates acting in the school plays interested me. I could do that, I thought...and I did.

I appeared in MY SISTER EILEEN, and later in ANNIE GET YOUR GUN as Sitting Bull. I earned the "Best Actor of the Year" award. I was hot stuff. I worked evenings and weekends parking cars at the football stadium next to the school, and a couple of us guys, myself, Jack Robinson, Frank Olson, and some others created a home improvement business. We called it SPOTLESS CLEANING AND PAINTING, which was quite ironic, since often we spent days cleaning up our sophmoric messes. We would go to local real estate offices, and ask them if they had rentals that they managed, and did they need them painted, or plumbed.

Jack was the handyman, and Frank was the brains, and I was the painter. Pop had showed me how to trim windows with a sash brush. I got pretty good at it. Later, while in college, I used to go out and paint neighbor's houses by myself, making extra hidden income; always working for cash. During the summer, though, I would almost move out of home, and we guys would live in those old houses as we were fixing them up. Built a lot of character, and made a few bucks I guess.

Without being too modest, I was beginning to build my reputation as an earthy intellectual. The jocks thought of me as a"brain", and the intellectuals thought of me as one of the tough punks that ran the halls. I tried to fit into both groups. Although I have been regarded as a smart person, I have always felt that I had to work hard to get good grades, and to (over)achieve at things. I was always on the honor roll, which pleased Mother, and frustrated Clystie, who had to inherit my cast off teachers. Art had a different perspective. I would bring home a report card with four "A"s and a"B+" on it, and he would say;

During those days I was always envious of Doug's MENZA level IQ. I figured things came too easy for him, and I resented it. I figured he would do big things in the future, and so would I; but I would have to work harder than he did.