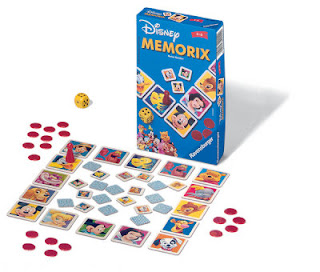 Talked with sister Clystie the other day, and she mentioned that some of the things I have "remembered", and reported in this narrative...may have happened in slightly different modalities. Memory, what a reality. We, are creatures of perception, only "remember" what affected us directly, and even then the memory is colored by what we were capable of understanding at that stage of our development. In psychology, they call it the Rashomon Syndrome. An event happens to ten people, and we end up with ten quite varialbe accounts of that event.

Traveling back to 1955ish and our rented farm in Bellevue. She had some very bad times in that house. She remembered the kittens all drowning in the flooded basement, and that Art had found them in some boxes, but she did not remember that Bud, who would have been five years old at the time, had much to do with their demise. She remembered the black stray dog that we had all named Midnight, and that he had killed chickens and that Art and I had to shoot him and bury him...but she remembered a place nearer the house, where it had been bulldozed out, not far from her bedroom window. She recalled that we too had raised some chickens, and one morning she came out into the yard and found dozens of our chickens slaughtered lying everywhere. She did not remember the chicken ranch next door to us, nor the neighbor. She recalled Art made her try and cut the head off one of our chickens, and when this made ther cry, he enjoyed it, and made her keep chopping until the bloody deed was completed. And sadly, this was the house she remembered that Art began beating up our mother, beating the hell out of her; that she had to go off to her waitress job with black eyes often. And this was the house, when Clys was nine years old, that Art began molesting her, telling her that if she ever told mother, he would kill her.

I was ten and half, running the fields and woods with the dog, playing war, and I was impervious to my little sister's plight. At some point, Clys did tell mother, out of shame and guilt. Mother took her to the machine shop where Art worked, and confronted him. He lied and said that Clystie was just trying to get between Art and mother. Mother took the beatings, and believed Art. Now that they have both passed away, I wonder if they have worked out all the non-communications?

Clystie, many years later, when mother was first ill with her cancer, while Clystie had to move back into our house, while she was split up with her new young husband Willy, Art began to "bother" her again. After several incidents, she went to Mother. This time, mother seemed to believe her...but it was just too late. Mother was dying, and Clystie was looking for an escape. I was starting college, appearing in plays, writing poetry, holding down two jobs, and once again, was impervious to the plight of my dear little sister. Such is life, I guess. Art Buttkus was a liar, a molester, a bully, an asshole, a bad stepfather, and he wasn't terribly smart either. Quite a testament for mankind.

June 2004...and now I am 60, and this past life just streams behind me like a great cattail of fluff balls in the wind.

Glenn
Posted by Glenn Buttkus at 7:47 AM